Tax is back on the agenda at Holyrood. This is a good thing. I’ve never understood why taxation is looked upon as a great evil which must be avoided at all costs. Taxes are the only way that a society can meaningfully function. It is the price we pay to live in a society worth a damn: with street lights, police, pest control, fire departments, defence, judiciary, contract enforcement, public service broadcasting, clean streets, schools fit for 21st century education, new infrastructure – bridges, rail, internet – and hundreds of other things that make the complex web of our society function. Politics is about the balance of how we use (or avoid using) the state to make lives better, to make our economies serve humanity.

The Tories have done vanishingly little about avoidance and evasion. Google’s sweetheart tax deal – paying 3% – is a slap in the face for working class people everywhere, the ruling class and the super-rich get to negotiate their own taxes, while the rest of us end up noticing a chunk of money disappearing from each Pay As You Earn payslip.

The Tories control the majority of the purse strings which directly affect what we can do in Scotland, and while we are not yet unshackled, the gains of devolution allows us to change it. Here are some possibilities.

The Scottish Socialist Party‘s position is taking from 1 and 3. We can use the devolved powers we have had since 1999 to replace the council tax – the Scottish Service Tax is based on income, but since we have full control over local taxation, we can ensure that it does not burden the poorest or average earners, but demands a greater contribution from folks pulling in much more than the median income. It is a progressive tax. Read more about it here. 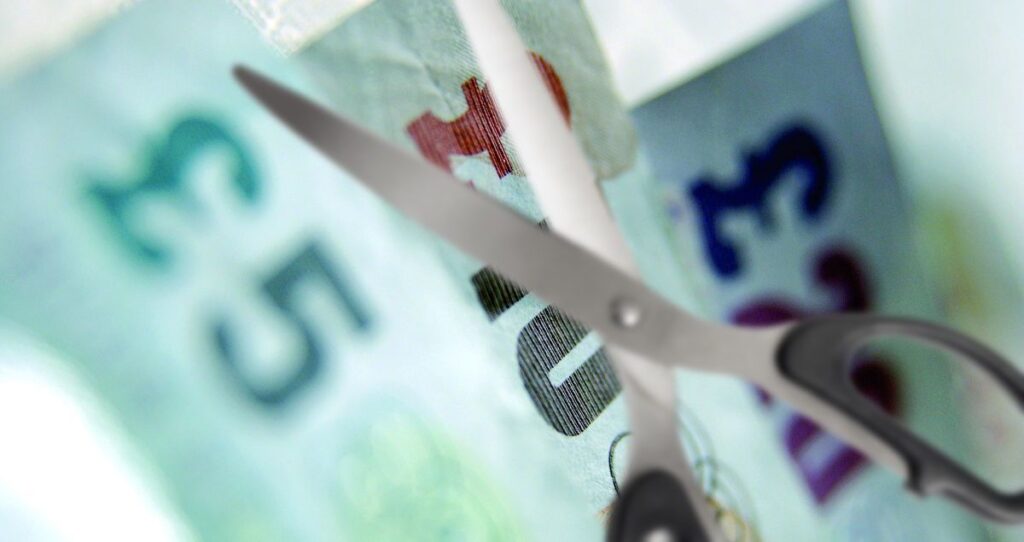 No Cuts Defiance budgets are precisely that. Quite simply, to protect what we have. They would not be a solution in themselves, but a means of buying some time to mobilise for a proper solution: more funding from central government. Instead of pressing Tory austerity downwards – like the Scottish Government have done – we should use our collective power to build an organised resistance to defy the cuts and build upwards, back to the Tories. Using a new generation of activists who cut their teeth in the referendum campaign, the trade unions, college students meetings, public rallies in the communities, regional general strikes and demos. Workers, communities and organisers should pound councillors and MSPs to stand up for the working class majority, to defy these Tory cuts, and set out to a mass struggle that could defeat the worst class onslaught in at least a generation.

We’re in a horrible place as a result of the No vote – some pro-indy folk decry the Labour position of raising a penny on income tax as the Better Together Tax. (To my mind, it’s accurate, but presumably they don’t call “Penny For Scotland” the same thing.) While the proposals are flawed and I’d never countenance voting for the Labour Party, the proposals are more interesting than sarcastic garbage about the price of Better Together being flung about in tweet-size soundbites. 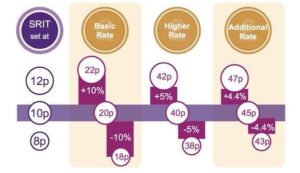 The SPICe summary of the Scottish Rate of Income Tax. Regressive: takes more as a percentage of income from the poor, than the rich.

Although the Scottish Rate of Income Tax is regressive, the spending of the 1p tax proceeds don’t need to be – provided the outcome is used on services which benefit the poorest in society. That’s what the Labour Party have brought to the table in their intervention – to bring forward the rhetoric of tax and spend.

I’m still angry and heartbroken from the referendum loss, and the Conservative majority. But right now, I don’t want to lash out – it doesn’t help, no matter how much it might make me feel a little better in the here and now.

Independence is the way forward. Of that I have no doubt. It’s also equally clear to me, that Holyrood’s place right now – it’s most crucial function until we get to a Yes vote in the future – is to be that shield against the worst of Tory butchery. And we can do some of that. We can at least build a better halfway house with the limited powers we have and expose the limits of devolution. Using our powers on tax is one important way we can unlock it. Let’s stop licking our referendum scars – there’s fresh bloodletting that needs fought.

I can already hear folks complain: “Why should we pay for Tory rule?” Because we didn’t convince enough people that independence was the right move – despite the commendable campaign we fought, we didn’t marshall enough people to back us. Plain and simple.

Also, because if we don’t, people will suffer when they don’t need to. That’s the ballgame – the hundred thousand inexpensive houses we desperately need that don’t get built, the people shivering in their homes as a result of fuel poverty, the autistic kids who can’t get specialist help, avoiding slash and burn education policy, that’s what’s at stake. A more cynical mind might say: paying more for Tory rule, and showing we don’t need to with a future Yes vote could concentrate the mind wonderfully.

And because if we don’t, 54 MPs and a national party who don’t seem to be actively interested in getting a mandate for that future referendum, isn’t doing the poorest Scots any meaningful good at all.