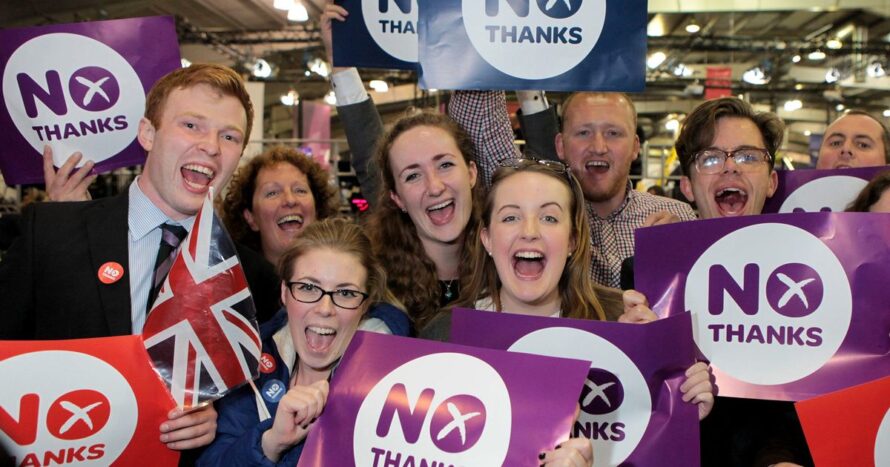 I don’t think I’ve managed to get over that night. I’ve really tried to, by diving into political work – and trying to develop the tools and the means of organising, and fighting future elections.

After the first five ballot boxes opened and we’d sampled, I’d looked at the modelling I’d done, which showed Edinburgh was in for a heavy defeat, my job changed. It became a comforting one to my fellow freedom fighters. To try to keep spirits up amidst distraught, dedicated and brilliant people seeing their two years of difficult, if often joyous, work crumble to ashes at the verdict of the voters. The dichotomy was that all the while I felt the aching sorrow welling up – where I wanted to go back to the car park and just chain-smoke and cry. The night went on, with prayers that our friends across the nation might just save us. Social media was just as bitter. Clackmannanshire and Inverclyde falling – those were the darkest hours. There’s one image that’s burned into me, from that evening. At the announcement, I’d turned my back on it. The numbers were announced. And the roar. The calamitous, thundering, end of the world roar. The suited and booted New Labour drones dancing and howling in joy, hugging the Tory and Liberal pals – at the precise moment where dreams of a country where socialism and nuclear free politics were the norm had died, and those representing only begotten violence on the fabric of our precious society drove their heels in it.

It was a moment of crystalline, purest fury – the likes of which only bullied children know and remember. They had won, and we had failed to convince enough citizens to dream our dreams. Even now, I’m grinding my teeth at remembering that moment.

The drive home was almost entirely silent from everyone – tired and defeated. Every Yes poster still up on windows – END TORY RULE FOREVER was bitter – drove an axe through my heart. I remembered Margo MacDonald, and couldn’t shake the horror that we’d failed her. But… Labour’s heartlands had abandoned them. Glasgow, North Lanarkshire, West Dunbartonshire. And Dundee’s wonderful, sweet victory. Looking at the identikit suited red-tie drones, I knew there would be revenge, and nothing could stop it.

I haven’t grieved for it. Properly. Not even after a year. I’m probably avoiding it. I think I’m going to have to learn how to remember that moment, without reliving it. It can’t be healthy.