It’s not been an easy choice. The Leave and Remain campaigns have been absolutely bereft of anything positive to say about the future of the nation either way.

I’m for Remain. But just barely – I do not endorse the EU as it is manifested. It’s nowhere near democratic enough. more weight could be placed on the power of directly-elected representatives in the parliament than the indirectly-elected ones in the Commission, for example.

I can understand left Exit arguments. The EU as it is currently comprised treats national democracy like a plaything, treats Keynesian stimulus like its the plague, supports imperialism in the Ukraine and threatens free trade over human consequences and democratic decision-making through TTIP. It’s a lumpen, ugly organisation – and needs sorting out. 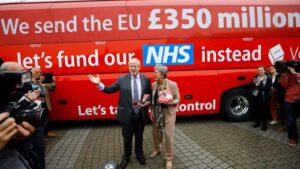 But the Leave argument is far worse. And the Leave campaign’s £350m per day is a lie of epic proportions. In order to reach it you would have to assume that the UK left the EU and stopped making any payments to its budget, but that EU members continued to pay a rebate to the UK. It is an insulting nonsense.

There are good aspects to the EU – frankly, I don’t want to see powers over financial regulation going to a government that’s willing to take a case to an international court so that bankers can get unlimited bonuses. Furthermore, anything that prevents the Tories having unquestioned imperial power over worker protections, human rights and the social charter cannot be entirely evil.

But I do know what Leave’s bon mot – taking back control – means in a Remain context. It is about organising at the local level, volunteering your help, standing for what you believe in, changing consensus person by person, winning the argument to get the EU to democratise, fighting for Syrian refugees in our communities, campaigning for (in Scotland’s case, ever better) proportional representation, standing up to bullies, effecting change one exhausting battle at a time. These are big challenges that face all of us.

And I see that as infinitely more straightforward in an independent Scotland – which I can add my shoulder with so many others to build an open, tolerant and just society. It’s much, much easier to effect the society I seek in a country of 5.4 million, with representatives elected fairly. It’s simpler to win the argument socially and stick it to the Scottish Government when it fucks up than in the British context of electing a handful of MPs who literally affect nothing in the face of flip-flopping first-past-the-post landslides. 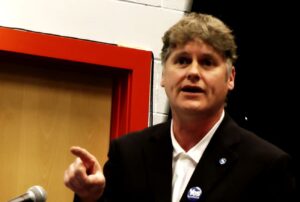 We had an almost entirely peaceful referendum on independence – taking sufficient time to discuss, challenge both cases and give the British state a heart attack in the final weeks. I’m proud it was held over peaceful campaigning, reasoned and mostly pleasant discussions with friends, family, workers and our actual human social networks. And few people fell out over the result – other than rabid UK and Scot nationalists. Scotland’s referendum was a credit to all of us.

I’m not convinced we’d win a second referendum at this time. But, starting from a base of 45% and with experience to learn the lessons from 2014, campaign effectively and show how anxiety, horror and disbelief in the actions of an increasingly infighting and restless Tory government combine to persuade wobbly No voters that Yes is now a much more attractive option than continuing with an isolationist UK.

It’s a poor context for a second referendum. I want to leave these islands in a decent state for my friends elsewhere, but a second vote on independence in which Yes would win could happen quite soon.

I’m genuinely worried about a similar situation happening with UKIP as has happened with the SNP post-No. 100,000 people joined the SNP in a fortnight. Will UKIP gain nearly a million? Blimey, it’s a curdling thought.